After a small climb out of the valley of the Rio de Onor, I soon was on dirt tracks again.  Excellent tracks, nobody else around and with endles views to the mountains around me.  This region in north-east Portugal is called Tras-os-Montes, meaning ‘beyond the mountains’ and is the most isolated Portugese region.  Once I crossed the provincial road En-308, the  dirt track soon became rougher and there was a steep descent towards the Rio Maçãs, (or Rio Manzanas, depending whether you’re Portugese or Spanish).  This tiny stream forms the border between the two countries.  I actually cross the stream to pitch my tent, so technically speaking, I sleep in Spain again.  More rough and often steep tracks close to the border bring me eventually to Quintanilha. 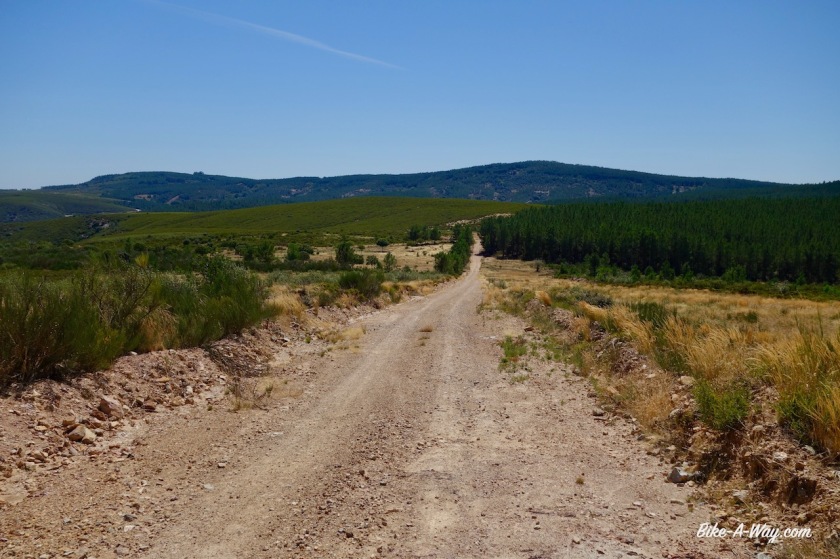 I didn’t find a shop in Pinelo and in the next town, Vimioso, everything was closed.  This would become a constant during my time in Portugal, difficulties to resupply.

I rode into the Parque Natural Do Douro International.  As so often, they call a region a ‘nature park’ but besides the explicit prohibition to camp, I don’t see any significant difference to other regions which are not in the nature park. 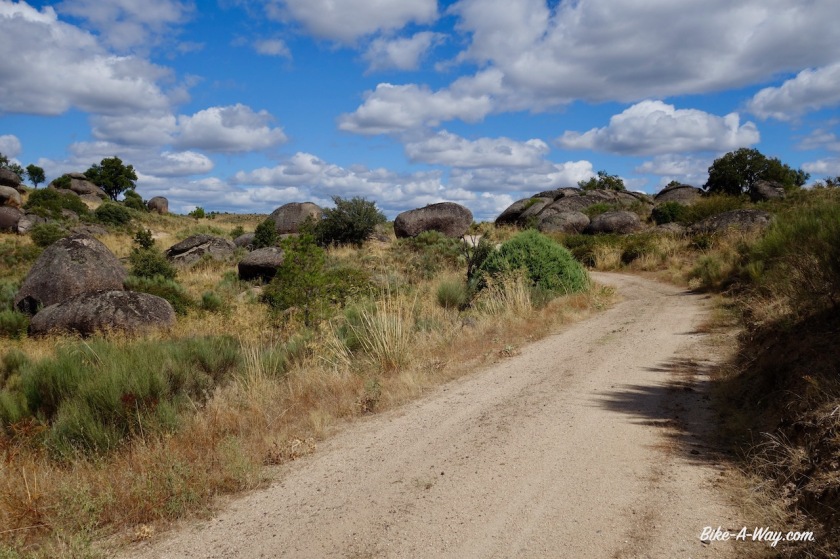 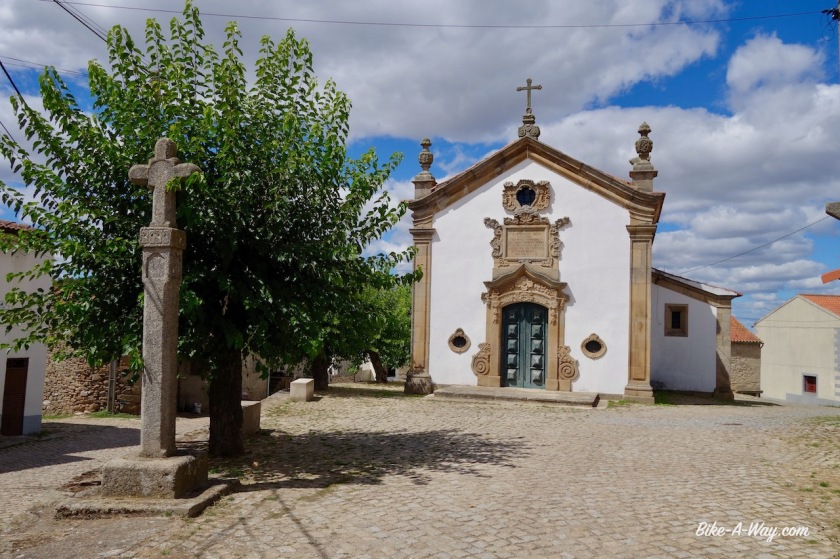 I’m riding in the ‘Serra do Mogadouro’ range.  No huge mountains, but constant steep climbs and descents.  After a few days, they killed my legs.  This is a really hard region to cycle.

Outside the town of Freixo de Espada à Cinta there is viewpoint with brilliant views to the deep canyon of the Douro River, which forms the border between Spain and Portugal here.  The whole region is also littered with electricity lines from the many dams in the river.

After this viewpoint, I turned west, a bit further inland Portugal towards Ligares.  A German retiree I met told me this is the hottest region of Portugal.  Hot and dry, I must say.  The three main crops I see along the road are olive trees, almond trees and grapes for the famous Port Wine.

In the little town Urros there was no shop to be found and no water fountain so I asked an old lady to refill my water bottles.  I got a bag of figs on top of it.

By the time I was in  Vila Nova de Foz Coa, my legs were so utterly tired from all the recent climbing that I, with regret, gave up on the idea of riding the off-road route through the valley of the Coa River.  It was just going to be too hard at this moment to enjoy it. 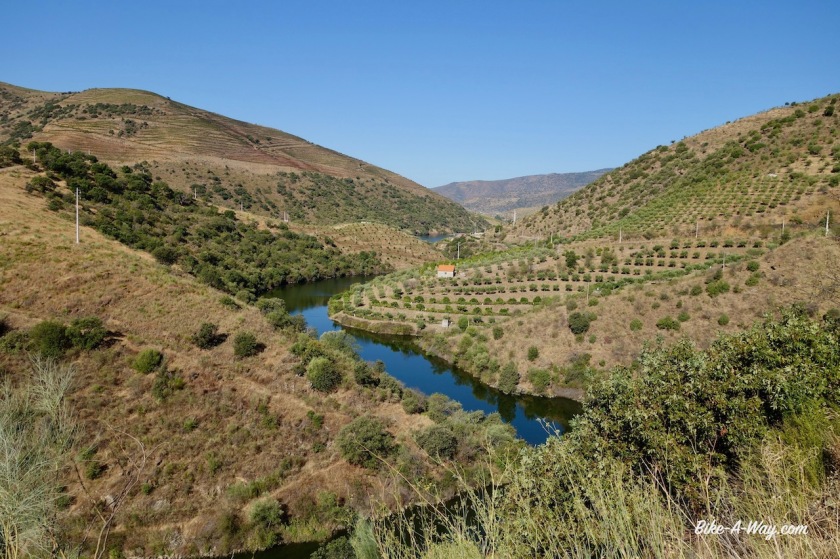 Well, I still rode part of the route to Castelo Melhor, but after that sticked to the national route nbr 332.  Not a lot of traffic at all, but just as I noticed several years ago, the attitude of the Portugese drivers compared to the Spanish is astonishing.  I can’t stop mentioning how good the Spaniards are behaving in traffic and how much space they give cyclists and how patient they can wait behind you if they are not sure whether they can pass you in a safe way.

Nothing of that is found in the Portugese driver. 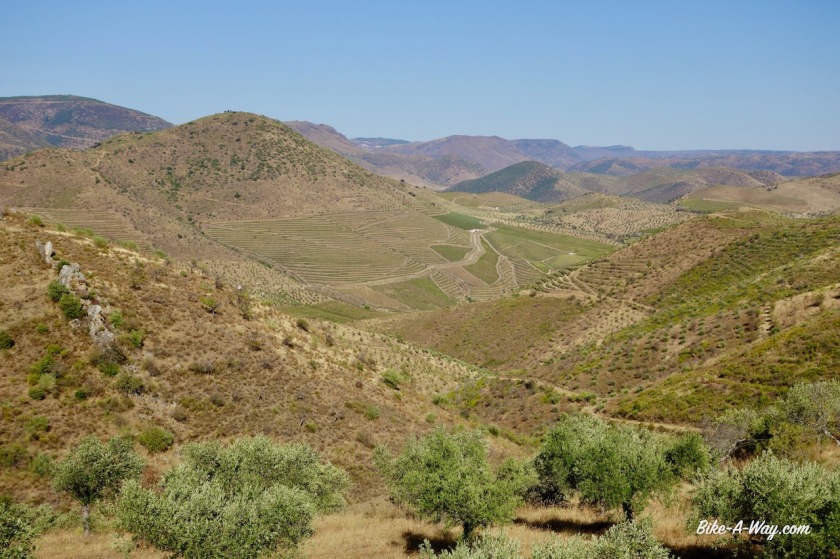 In Castelo Rodrigo, I ask the lady of the tourist info after which Rodrigo the place is named, and whether it is the same Rodrigo as in Ciudad Rodrigo, the bigger town a bit further in Spain.

She didn’t have a clue.  Tourist info employees prefer you to ask for a city map and walk out, I guess.  Good thing was, Castelo Rodrigo had the first decent supermarket since entering the country, a French Intermarché. 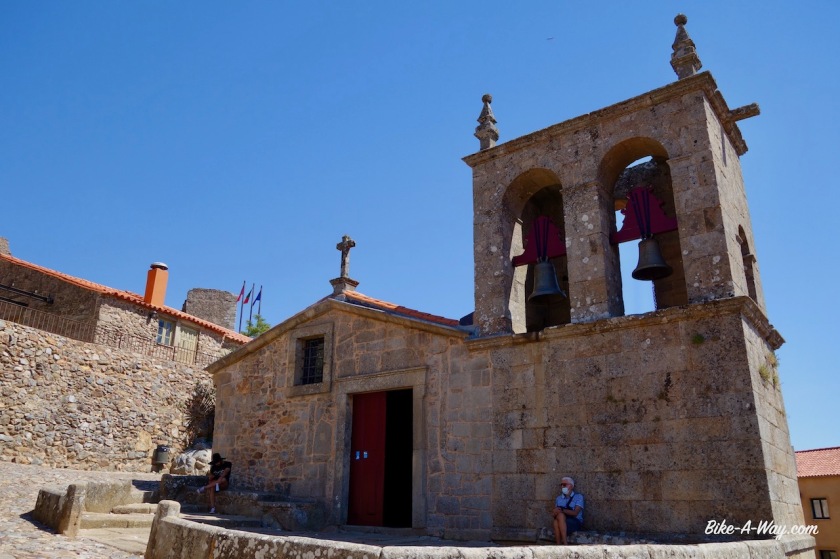 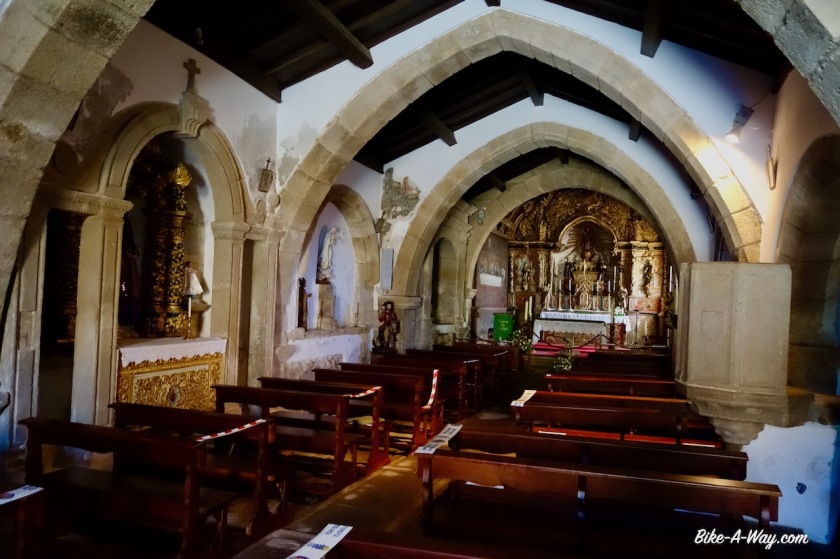 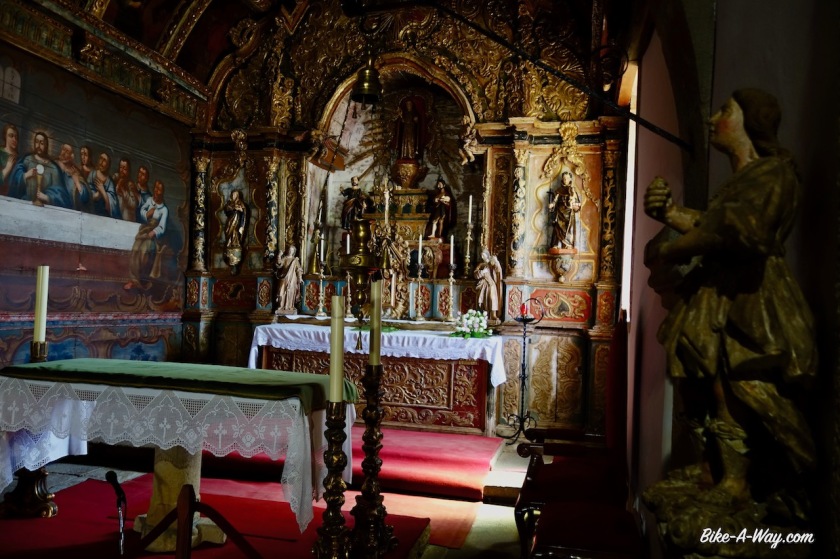 I visited the historical town Almeida with its star-shaped fortress of the 17th century, built to protect the country against Spanish invasions. 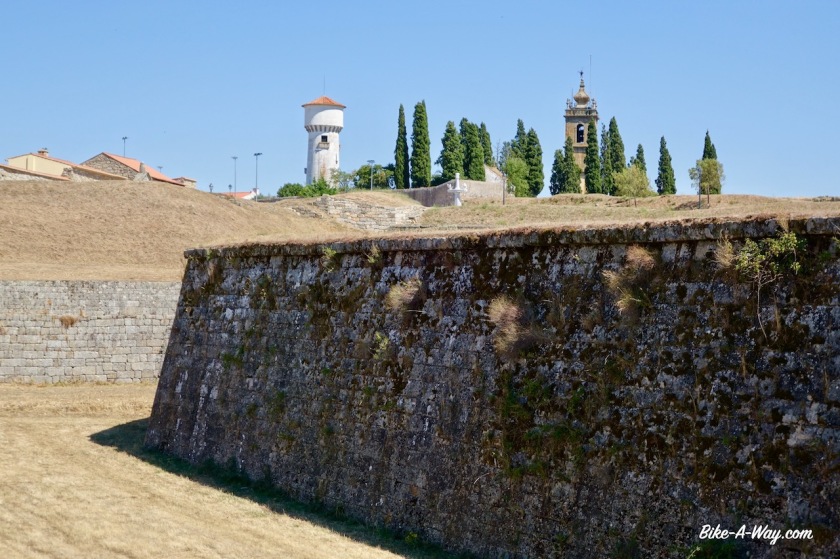 Near the village Vale Da Mula, I left Portugal and went back into Spain.  More about that soon in a next post.