This new trip got off to a bumpy start.
Before starting my cycling trip in Australia, I planned to show my mother around Thailand for 3,5 weeks. A few days before our departure, a blood sample that was taken to check whether I didn’t have any nasty diseases from the 25 or so thick bites I had in Bretagne three months earlier, suddenly showed a severe drop in my kidney functions. Something that was still perfect when my blood was checked in June and October 2018.
The doctor advised it wouldn’t be wise to leave on a trip like I had in mind in such a condition.

After a few visits to the hospital consulting some specialists, and after a lot of anxiety and more blood samples, all seemed to be fine after all.   Both the doctor and the kidney
specialist don’t rule out a mistake was made with the blood samples, because such sudden drops and recovery can”t be explained in a logical way.

Anyway, the tickets to Bangkok were cancelled and our holiday was down the drain. Hopefully we can give it another try after the Australia trip.

I purchased new and of course much more expensive, tickets to fly to Bangkok on the third of February. That way I had four days in the city during the Chinese New year celebrations. But, more bad luck was lurking.
Thai Airways might have a very good reputation, my flight was cancelled 2,5 hrs before departure. Not much explanation was given but they did give me a nice room in the Sheraton Hotel at Brussels Airport.
After some asking around, it appeared the plane had a ‘technical problem’. Lufthansa does the maintenance of Thai Airways in Europe.
The spares had to come from Lufthansa’s depot in Munich.
Munich airport was closed due to snow.

Next day, I was queuing 3 hrs before we were supposed to fly.
Long story short: Only few check-ins open. It was my turn at 10:15 hrs only. It took the incompetent lady at the check-in an hour to get the bike on the plane (although I booked it in advance).
Then I had to go and pay 150 usd to another counter of Swissport, then go to yet another place to handover the bike, and only after that, I got my boarding card.
By now it’s 11:30 am.
Boarding started at 11:20 and I still had to go through security, of which only 2 gates were open at Brussels Airport.
Then I arrived at customs, where I had a queue with a trainee.
Sigh.
I arrived at my gate after 13:00 hrs.
The plane was suppose to leave at 12:00, but was delayed again, due to congestion.

So, off to Bangkok.
I booked a hotel between Chinatown and the Chao Praya river.
Today 5 February is the start of the Chinese New Year, the year of the Pig.
Yaowarat Road, the main street in Bangkok’s Chinatown was made completely traffic free for the occasion.

First I went to Wat Traimit Wittayaram Voraviharn. This temple is where the world’s biggest Golden Buddha , aged more than 700 years, is staying. The Buddha is 3 meters tall and weighs 5,5 tons.

Food !
Food alone is more then enough reason to travel to Thailand. And you don’t need to go to fancy restaurants to enjoy the very best if it. 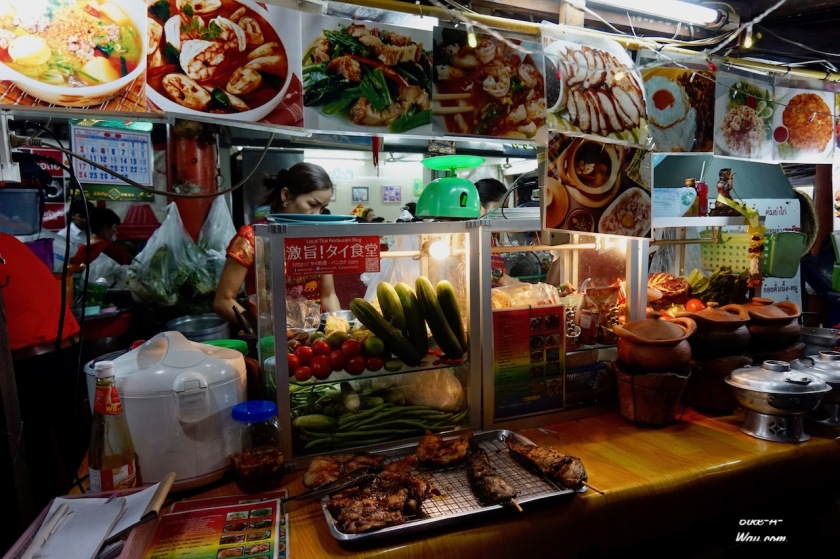 Chinese New Year is nothing without their dragon shows of course.
They started late afternoon on the fifth and would go on in the evening and the same the day after. 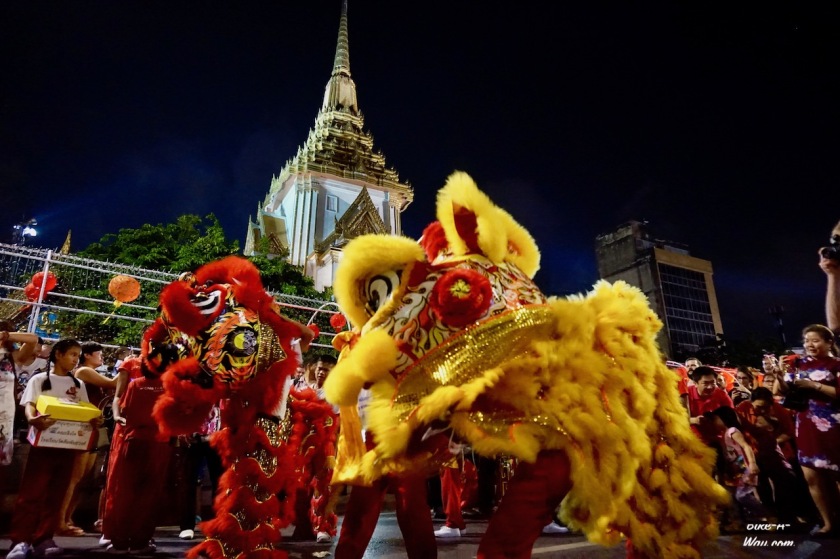 This is the second time I’m in Bangkok’s Chinatown during their new year. It’s also the second time I see the Thai Princess Sirindhorn in real life.
I would even see here two times today.  First I saw here in the afternoon at the entrance gate of Chinatown and later in the evening again on Yaowarat Road.
She had diner in the excellent Shanghai Mansion. I had to wait for two hours with the Thai people to see her.

Below some more pictures of the festivities and food stalls in Chinatown. 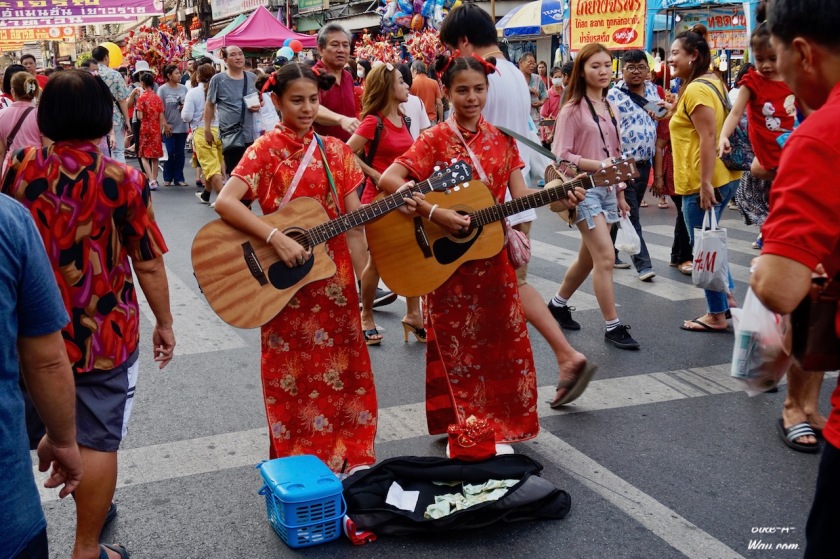 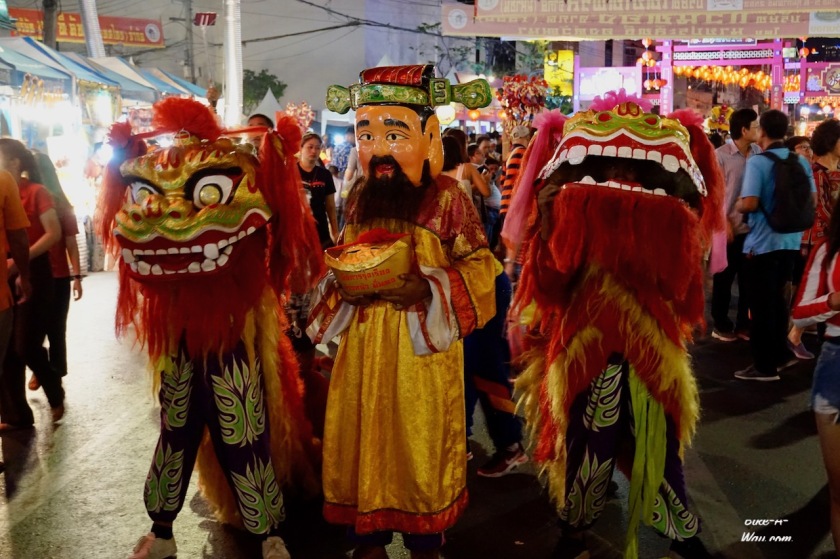 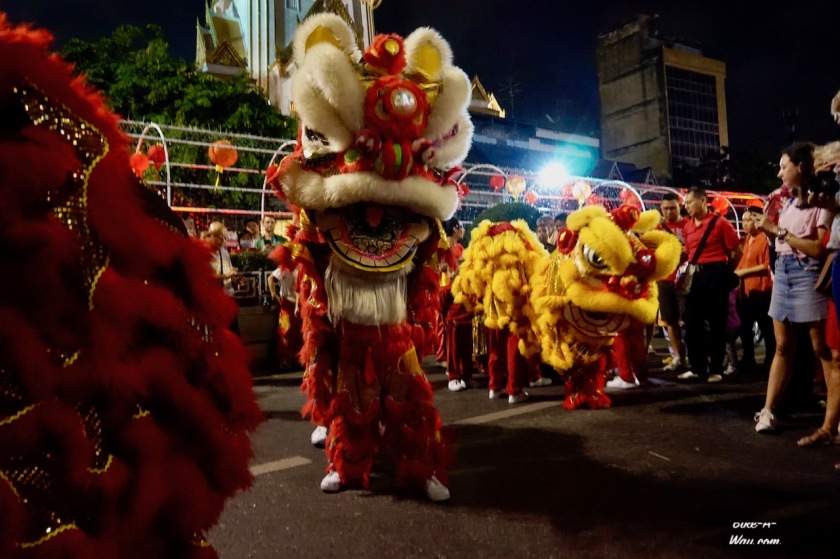 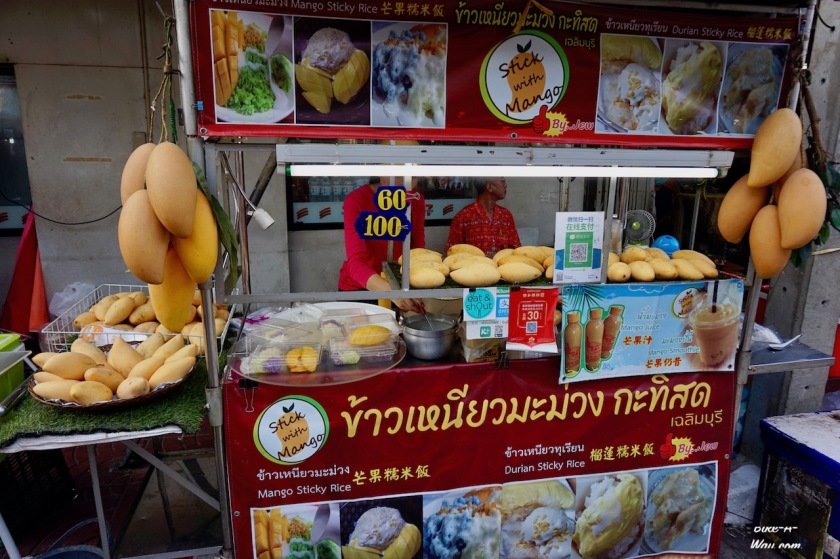 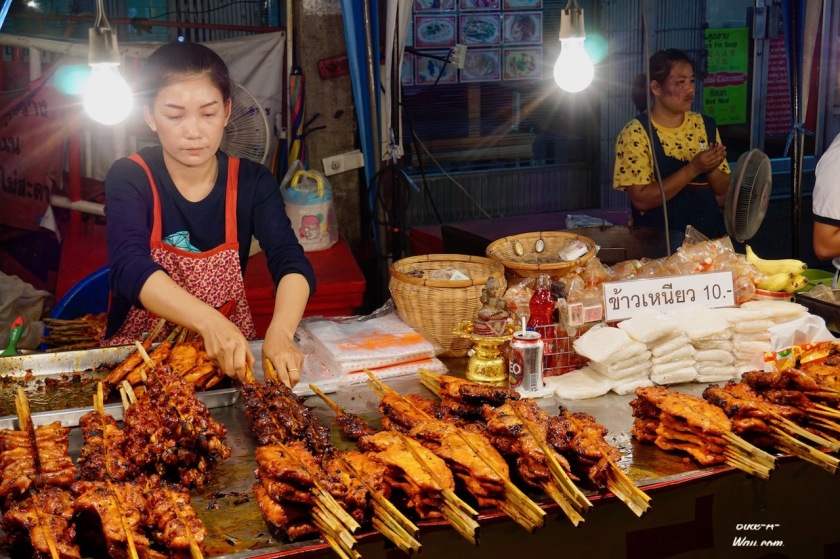 I only had three days in the city this time but for sure I will come back again. And for sure I am planning an extended visit of a month or so in town again.
Bangkok is now the most visited city in the world with 20 million visitors a year, ahead of London and Paris. (source: most visited cities )
And rightfully so.