From El Rasadero, the last village before Ponferrade, and a bit higher up, you have a good view point to the city. I’ve been here a couple of times before, it is a nice town.  The world championship cycling was held here in 2014 and as everybody remembers, Michal Kwiatkowski became champion here.

In Spain nowadays, all churches are closed. And if they are not, you have to pay an entrance fee. That’s a big difference with the Bhuddist temples in Southeast Asia which I can always visit.

Ponferrada Basilca is the first church since I entered Spain, about a thousand kilometer ago that’s open and free to enter. I wonder the reason for closing the churches.

The Decathlon in Ponferrada is the worst stocked Decathlon shop I’ve ever seen. They had almost nothing. Also not a new solar panel (I’ve lost mine outside La Pola).

Ponferrada is also on the major camino de Santiago route (the Camino Frances) but this time, I only saw two ‘pilgrims’ hiking into town. What difference to other years. 2020 is probably the best year to do your Santiago trip if you ever wished to do it.

Well, I’m not heading west to Santiago de Compostella. I’m going south, up and over the Montes de Leon. Since many years I had seen this one road going through the mountains and always wanted to take it once.

But mon dieu, what a steep climb it is.

From Villar de los Barrios, the road goes almost continuously steep up between 10 and 13% until you are well beyond San Cristobal de Valdueza, one of the most perfect villages I have ever seen. All buildings are in a perfect state.

A bit further, I pass Alto de los Portillinas (officially 1.905 m, but I had a bit less on the gps). From here you ride a while along the ridge on an almost flat road towards a final push at 1.955 meter, an unnamed highest point on the climb. This climb surely belongs in the row of Mont Ventoux or Tourmalet, that’s how long and hard it is. 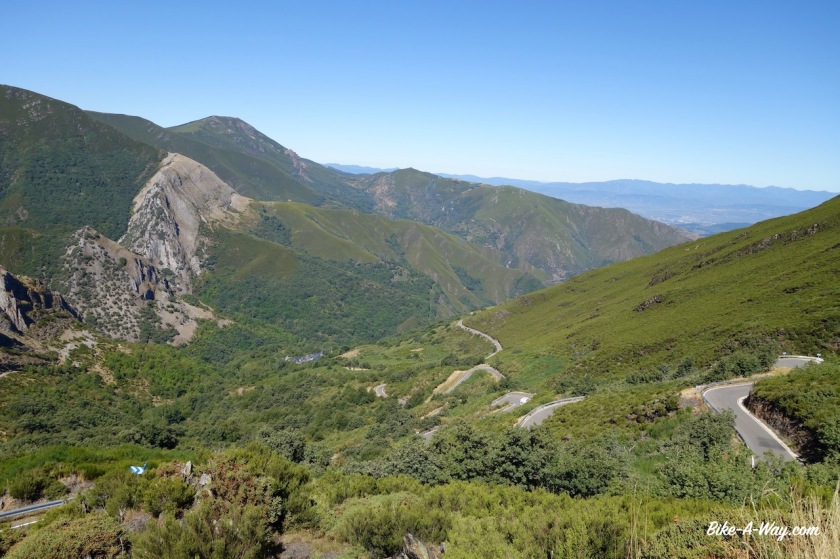 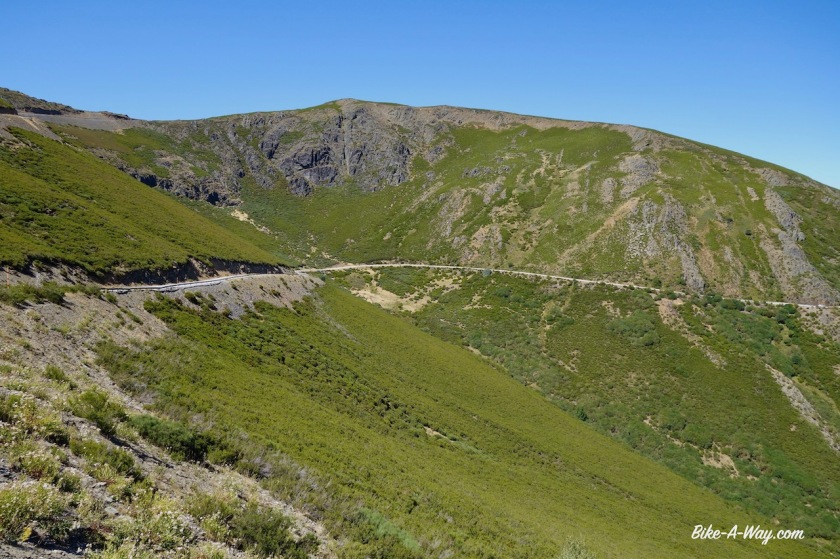 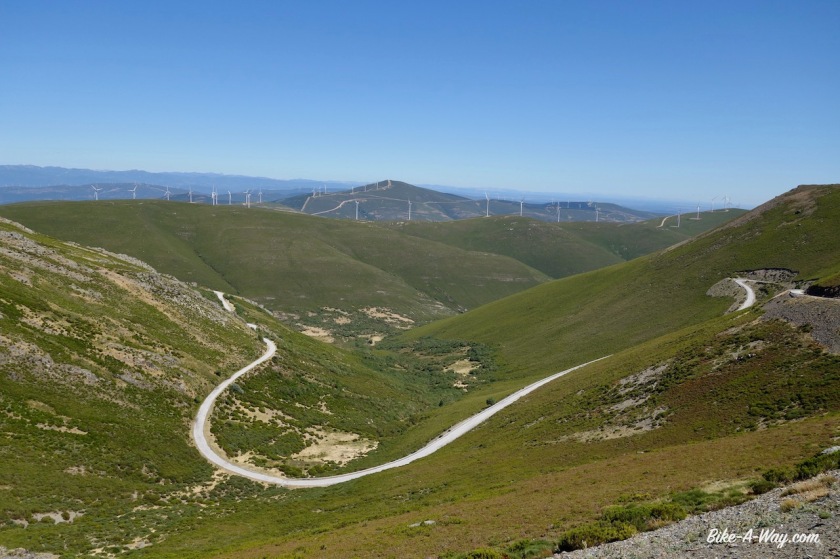 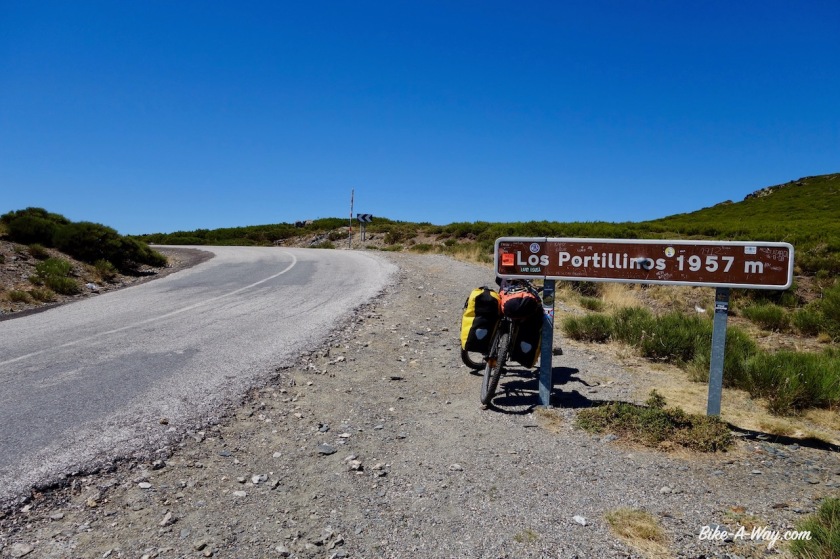 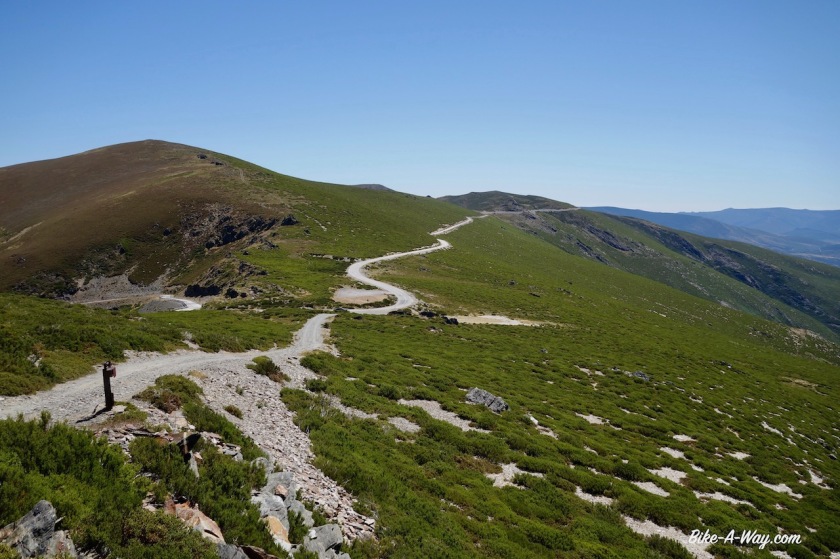 The downhill is less steep, around 8%

Just before the village of Truchas, I find a nice spot between the trees and next to the Eria River to pitch the tent. I could take the main road from here via Castrocontrigo and drive around the Sierra de la Cabrera but my map shows one small road over this range that reaches a high point at the Alto del Penon (1.840 m asl). Seems much more exciting than that main road.

Well, exciting it was. And hard ! I really suffered. Then I made a mistake to ride too long and couldn’t find a real good camping spot anymore before Puebla de Sanabria. I was hoping to find something on the off-road stretch between El Puente de Sanabria and Puebla de Sanabria, but nothing there.

Puebla de Sanabria….here my route crosses with my route of 2017, when I rode from the south towards Santiago the Compostella. It is a very touristic village. 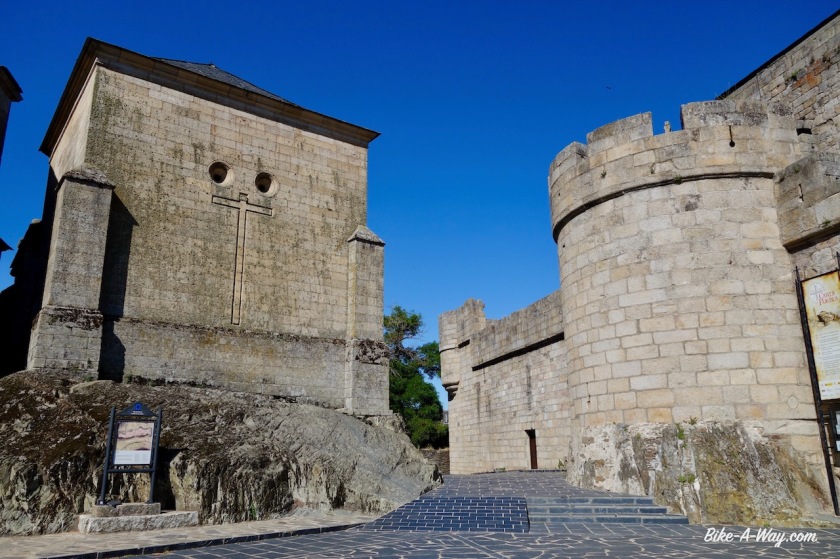 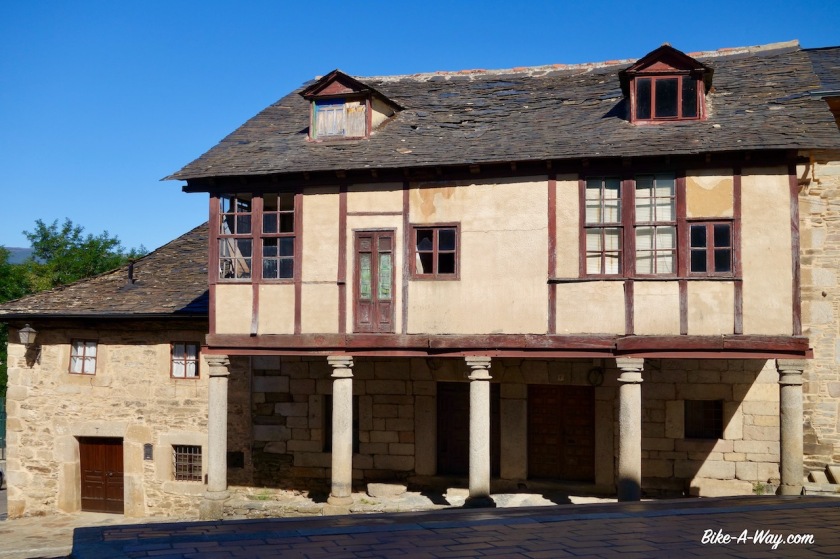 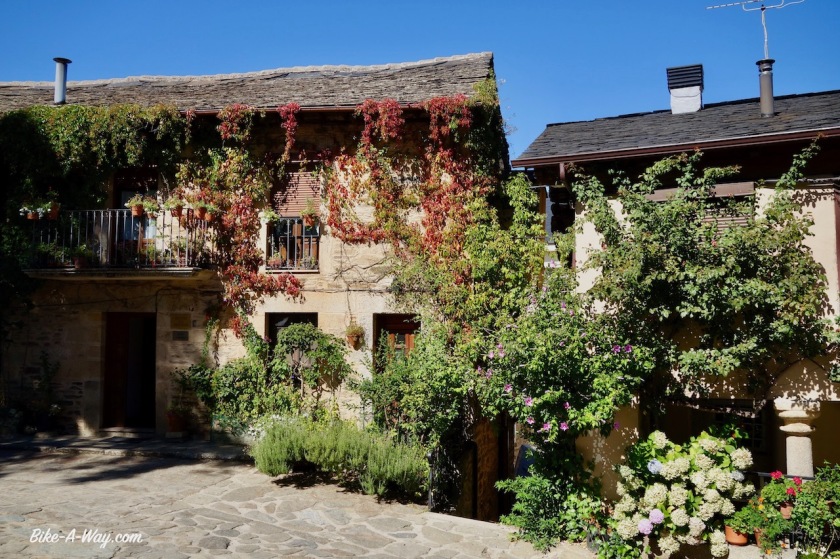 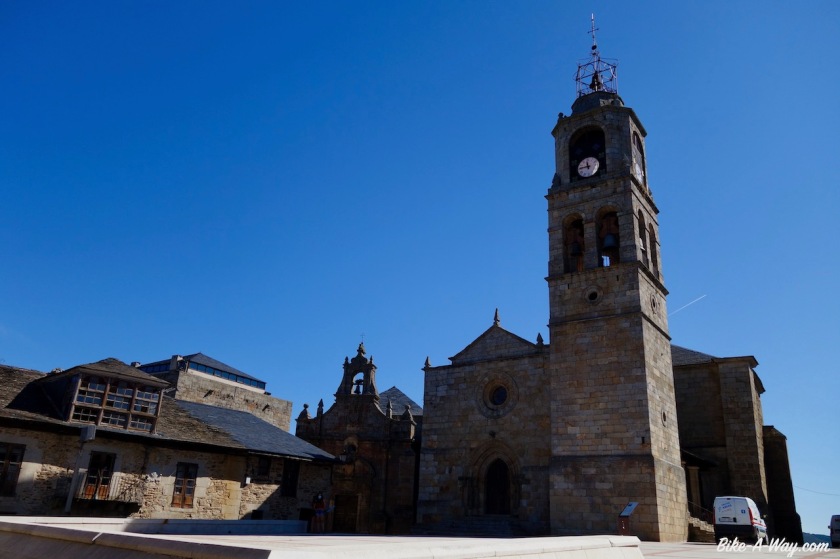 If you thought that after the Montes the Leon and after the Sierra de la Cabrera, all was clear to reach the Portugese border, you’re wrong. The Sierra de la Culebra still awaits me. Luckily, it’s just rolling hills, compared to the ranges I have behind me. Apparently it’s the best place in Europe to see wolves in the wild. I didn’t see any….

I crossed the border to Portugal in the small village of Rio de Onor.