Finland, or Suomi as the Finish call it, might be famous as the land of a thousand lakes, but I will always remember it as a land with hill after hill after hill after hill.
It never stops.
Riding north to south in an “S”-shape through the country, it seems already endless, but there was hardly a day I didn’t gain 1000 vertical meters, without ever climbing a real mountain.
35 meter up, 30 down.
You’d think as a cyclist you will have some ‘momentum’ and just roll up the next hill.
Not with a loaded touring bike on a gravel road. 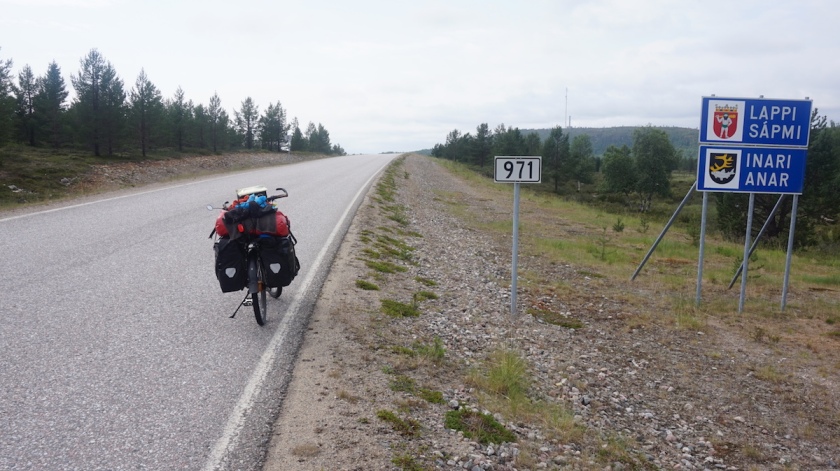 That said, I enjoyed many moments in Finland. The quiet gravel roads in the north leading through huge forests.
But it also had it’s annoyances.
Mosquito’s. They come in zillions.
Horseflies, biting chunks of meat out of your legs.
A horsefly can fly 38 upto 40 km/h so you need to go downhill to get rid of them. But they ain’t stupid. If you go too fast, they just hitch a ride on your panniers somewhere till you slow down.
So what you do, after you climbed up the hill, sweating, kicking the horseflies away, you go down, pedal hard because the downhill isn’t that long, in the meantime you slam your panniers in the back with one hand and kick your panniers in the front with one leg, trying not to lose control of your bike on the gravel road.
And then the next hill comes, and the horsefly is back, laughing with you.
They always come in pairs.
But you ‘ve got to respect those little bastards. Flying 40 km/h with wings of 1 cm.
If we as humans with our 1 meter legs would perform likewise, we’d run …. 4000 km/h ! From pole to pole in an afternoon. But we can’t even keep up with these little bugs.

There were other annoying animals.
For the first time this holiday I was attacked by dogs. 3 giants at the same time.
But I still seem to make enough impression to hold off even 3 off them.
Just brake VERY aggressively, and go to them. Shout or growl like a grizzly, go towards them.
They all turn back. Any dog on any continent.
I’m not sure about this Tibetan giants. Hope to figure that out one day. 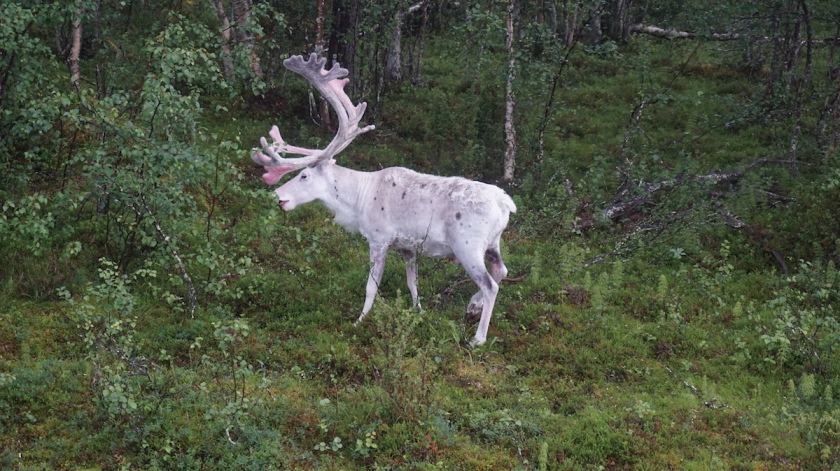 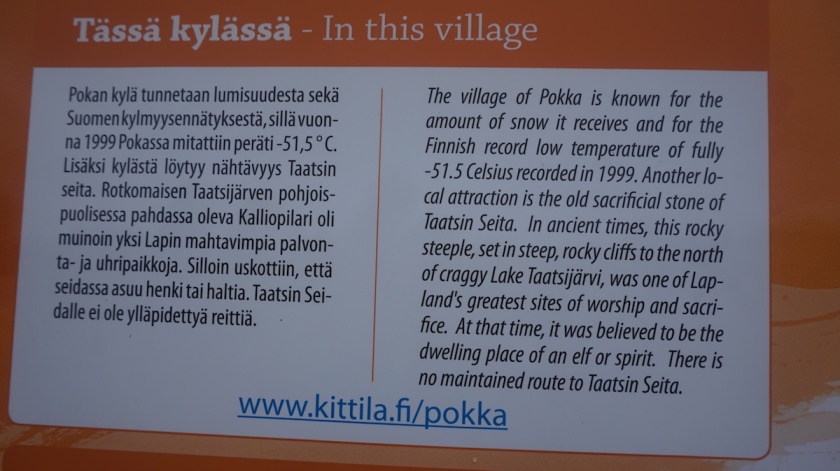 By the way, Finland is my first ‘new’ country on this trip. I also realized that after I cycled on every continent (if you take the the Americas as a whole), I also cycled along every of the 5 oceans (Atlantic, Pacific, Indian, Arctic and Southern).
The Arctic Ocean was still missing, but the Barents Sea in northern Norway is part of the Arctic Ocean.

On 11th July, after 37 days in the polar region, I crossed the polar circle again. On the bike this time, not on a boat 🙂 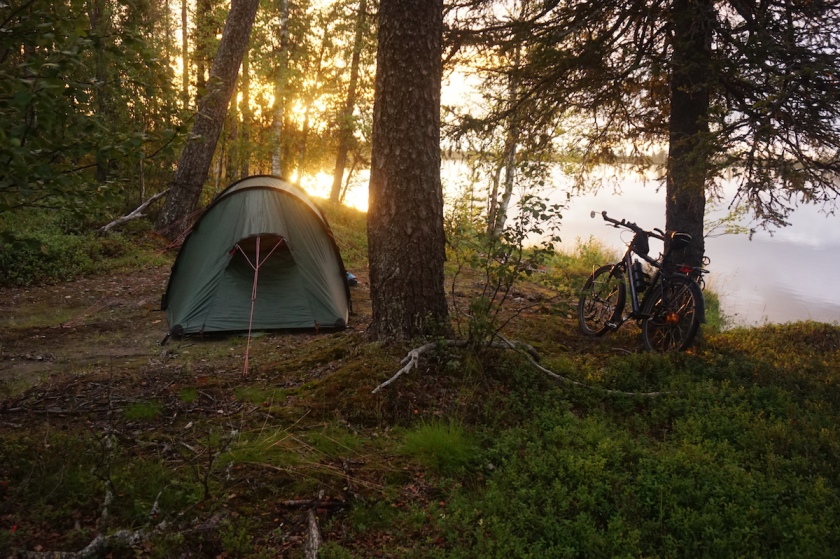 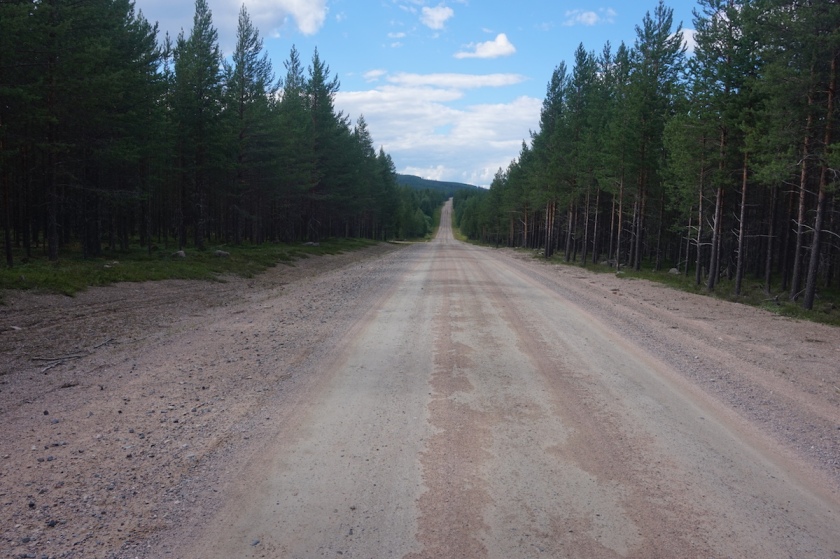 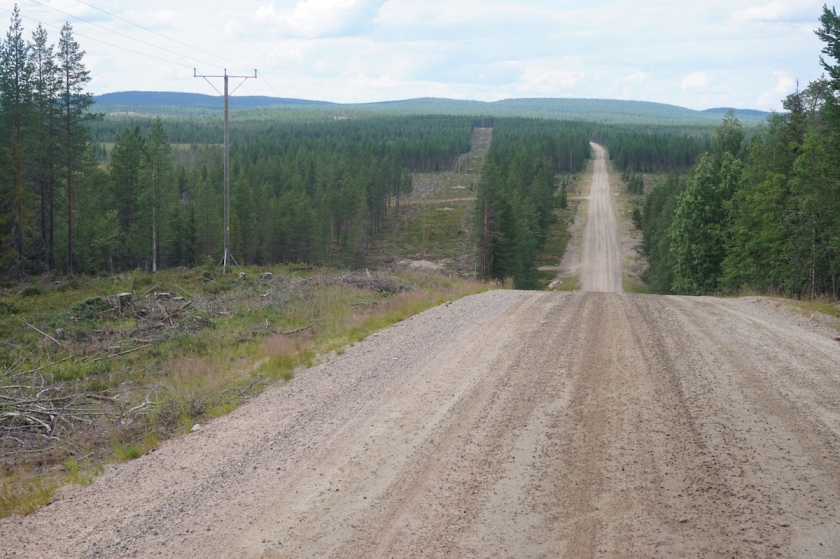 Twice I went to a campground in Finland (Inari & Kemijarvi).
The campground in Kemijarvi is ridiculously expensive. 20 € for one night with a little tent. But it had wifi, so I could see the hardest stage of the Tour de France and the final of the EC 2016.
The cycling was good, the football was not.
The Kemijarvi campground is also the place where my stove gave up completely. I started it but immediately not only the stove but also the fuel hose upto the fuel bottle were on fire. Also the grass started burning, all that 1,5 meter from my tent. I grabbed the fuel bottle, the burning stove still attached to it and submerged it in the lake next to my tent.
Of course, fuel being lighter then water, a square meter of the lake and my arm were on fire !
Both without permanent damage. 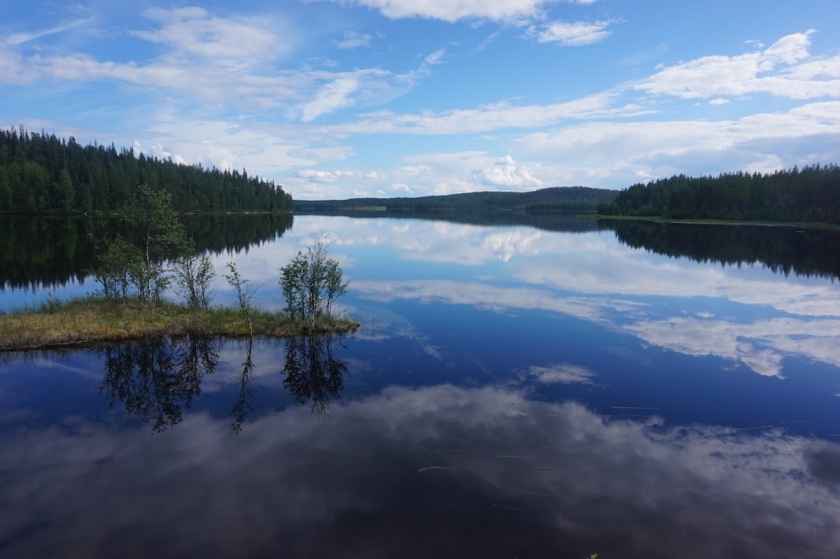 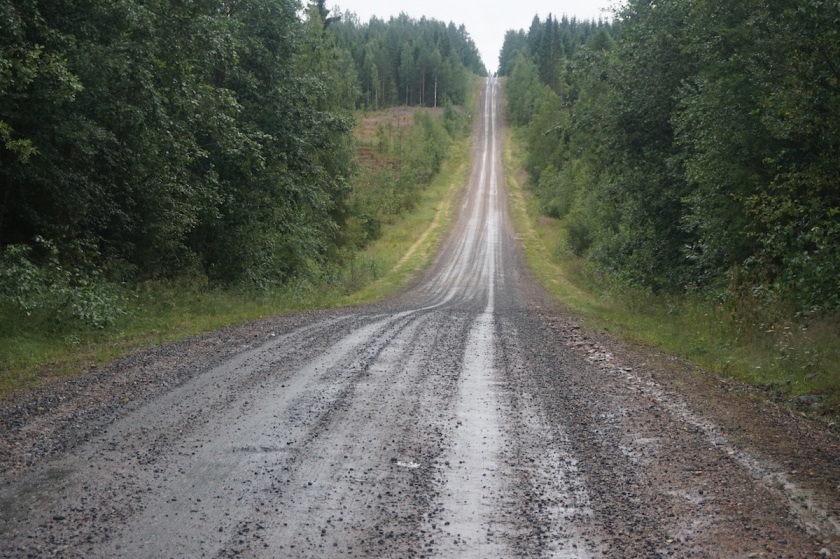 It may come as a surprise, but Finland is a land where it’s very hard to find wild camping spots. A lot of land is private and with a bungalow. Or the forest is too thick. The places I found were hardly ever spectacular.

A good thing about Finland is the many libraries you find along your way. ‘Kirjasto’ they call it here and you better look out for them (wifi, water, toilet and just the possibility to sit down without being attacked by insects).
That ‘sitting down’ is another issue.
The Finnish are allergic to picnic tables and benches I think.
You simply don’t find them, which means having lunch along the road in a clumsy way with your lunch partly on the back of your bike, partly on the ground, you standing next to it kicking mosquito’s and other insects away. Never relaxing.

One evening I found a rare opportunity to camp along a lake, just north of Jalaa (100 km north of Helsinki or so). A bit of public land along the lake, a fallen down tree that could serve as a bench a flat piece of land with I cleared of cones and old branches.
I was looking forward to an early stop, take my time to cook diner, read my book next to the lake, do some laundry,…
But before pitching the tent, I first wanted to have a little swim before it would cool down.
It was then an Andy Murray look alike arrived with his friend and seven (7 !) kids, all between nothing and 6 years old or so.
Screaming, splashing, with diapers in the lake….
You don’t want to know how quick I was on my bike again. 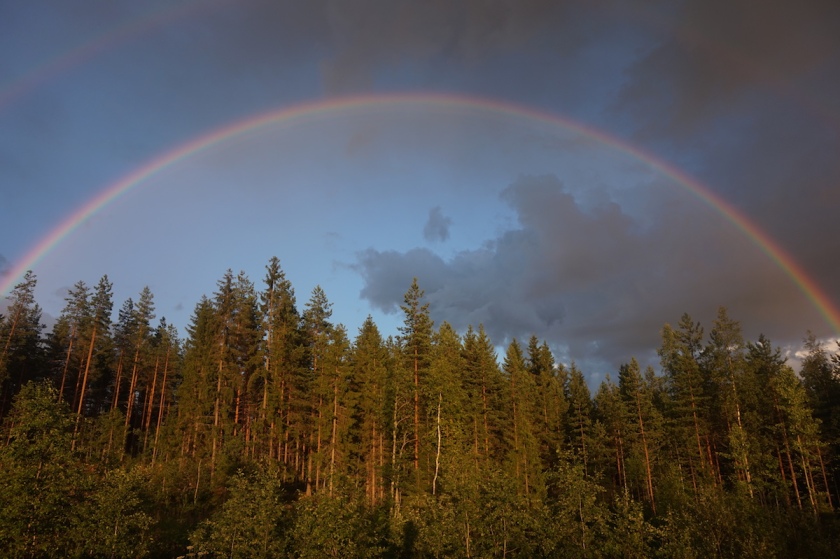 My good luck with the weather continued throughout Finland.
I had maybe 2 or 3 days with rain, but the other days were warm, around 25 degrees C and the wind ….. must have blown about 60 % of the time in my back !

On 22 July I arrived in Helsinki (via a very nice route through parks, I made in Garmin) ) and took a ferry to Tallinn. 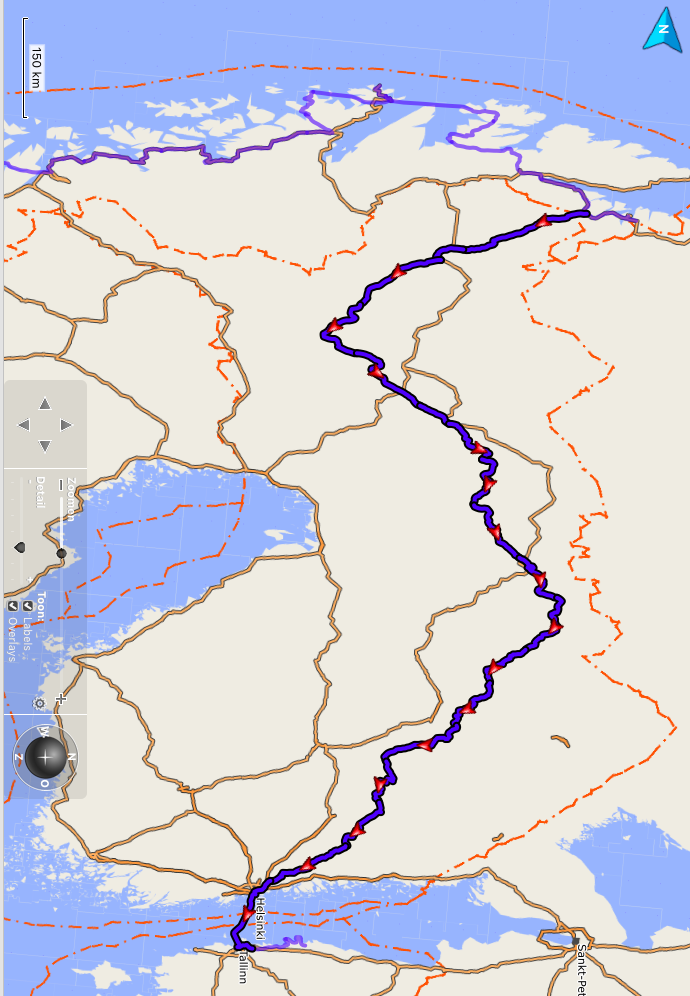