Immediately after turning my handle bars 180 degrees on that dam in the Rio Colorado, I’m on a 100 km long ripio (loose stones) road now, without traffic.
And soon without fences ! 🙂
But alas, the pleasure wasn’t to last.
Halfway down the road to ’25 De Mayo’ I see the first oil rigs. I’m entering an area where they drill a lot for oil. It seems they don’t have pipelines and everything has to be transported by trucks. By taking the little road via Penas Blancas I was hoping to find tranquility again.
In vain.

This petrol area in northern Patagonia is much larger as expected. The ripio road is much worse as expected too (washboard).

In Penas Blancas I’m lucky to stay the night in a school. It feels like paradise after such a hard day on the road. Got a shower, milk and even diner from the friendly boy who invited me. Next day, when the kids arrive I’ve got to explain them a bit about the bike of course. Hopefully a little seed is planted and a next generation of Argentinian bike tourers will show up in a couple of years.

After a quiet night wild camping on the Patagonian steppe, I soon hit the paved road towards Rincon de los Sauces, the capital of the ‘petróleros’. The road is quiet here and on my left side I can admire all the time the volcano Auca Mahuida which lays here in the Patagonian flat lands like some Argentinian Mont Ventoux.

And the suddenly ….. wow, I mean WOW !!
Another huge snowcapped volcano in front of me in the distance. It’s Mount Tromen.
A volcano left of me, one in front, Roxette’s fabulous song ‘Cinnamon Street’ in my ears …. “Spring time is here and the air is so dry and sweet – I walk in a cloud, the smell of cinnamon bread”
Life is good.
It’s even better when I’m invited to stay the night indoors in Rincon de los Sauces with Walter and his friendly family. Again a shower, and throw a beer and some pizza on top of it.
Yep, life sure is good.

Next morning, looking at Tromen in all it’s glory, I wanna go there.
I really, really want to go there.
But I’ve got to control myself. Keep some interesting stuff for when I’m on the way up again.

The yellow road on my map, from Rincon to Añelo was to be a quiet one in my imagination.
But then reality kicks in. It’s doable until I reach the junction with RP7.
A whole lot of petroleum activity here. Luckily, these petróleros all drive very considerate, not too fast and give you ample space when they pass. The trucks likewise. And all with a lot of greetings. Very friendly folks.
One pick-up truck stops a bit further down the road to give me a big bottle of cool water.
The next day, another guy stops and gives me two power bars. 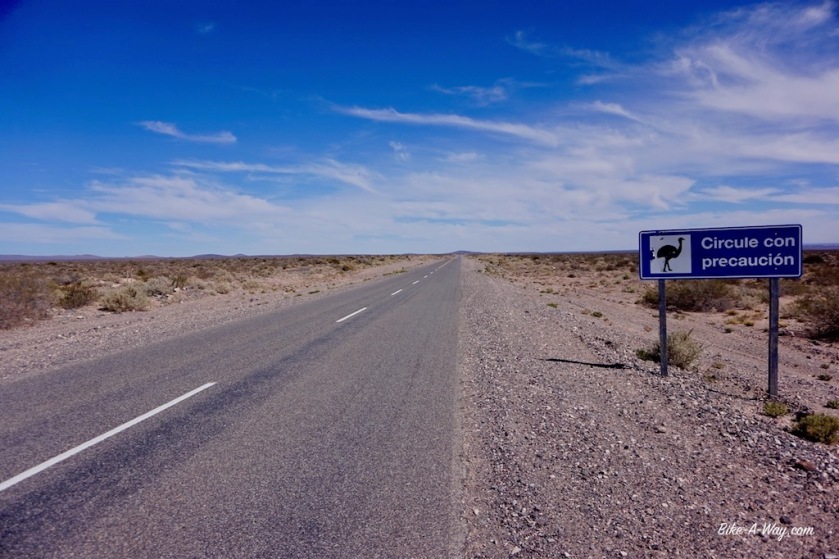 The tiny road number 1 between Añelo and Zapala appeared to be a busy ripio road, so I chose the paved option towards Cutral Co, where I would hit the Route National 22.
A red road on the map 😦
The last days I made some extra kilometers so I could ride it on a Sunday, hoping that would be a bit quieter. Leaving Cutral Co, I notice a sign that the maximum speed on this road is 80 km/hr.
They all go 180.
It’s been a while since I drove a car and maybe I don’t recall very well, but is it such a hard effort to move that steering wheel ,just slightly, a few centimeters to the left when you pass a cyclist ?
They all have to cover distances of hundreds of kilometer on this road, but don’t imagine they can ‘loose’ a hand full of seconds by slowing down for you ?
Braking isn’t even required, just release the gas a little bit before you’re passing me, just at the exact moment that truck is coming from the other side.
Oh no, wait, that’s called anticipation.
Anticipation requires some brain function, but it seems like about every driver here is a brain death idiot.
Oh yeah, just like in the Buddhist countries, where they hang the Buddha at the rear view mirror for protection and then start driving like mad men, over here they stop to offer to Gauchito Gil, pray for protection and safety, step in their car, turn on the engine, switch of the brain and GO !
I can’t figure out how it is possible, that difference like day and night how the petroleros behave on the road, and then … the rest.
I think they’re not only offering empty beer cans and wine bottles (they make sure to empty that first) in those shrines, but leave their brains behind there as well. 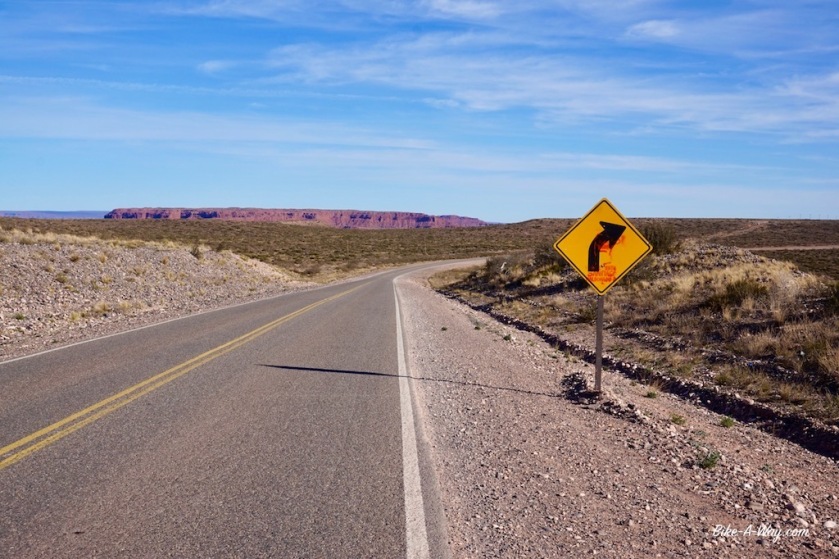 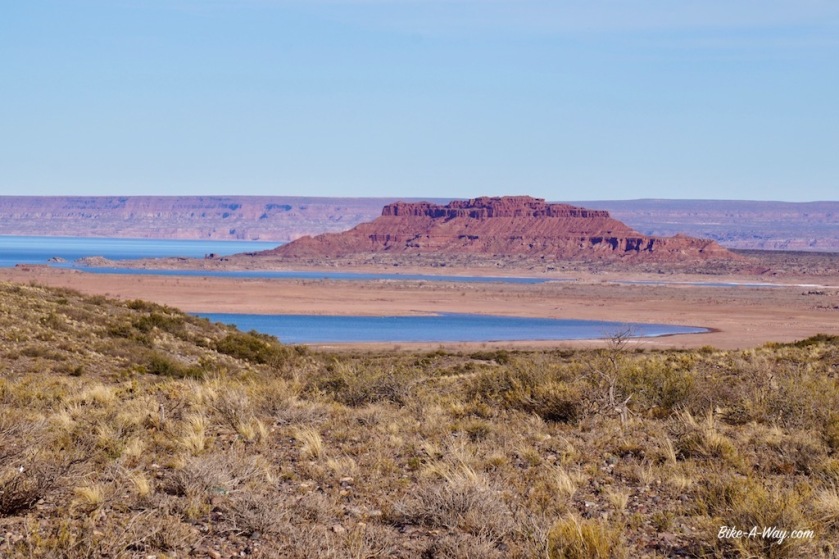 These drivers weren’t my only problem that day.
This wind.
No, this storm. Brutal !
Imagine riding in a windtunnel.
For 70 km.
With hills to tackle in between.
Completely wasted from the wind and gaga from the traffic, I arrived in Zapala.
Average speed for the day: 9,08 km/hr.