This group of islands well above the Polar Circle. I wished to visit them for a long time already.

I arrived with the ferry from Bodo around 21:00 hrs and cycled with a German couple, Kessi and Matthias towards Lofoten’s southern tip, the village A.  The camping didn’t welcome tents anymore, but I saw already an allright wild camping spot on the way in.

At first, there’s no alternative for the E10.  It’s a small road here and they kept the old track around the tunnels open for cyclist.

A MUST do (with thanks to Kessi for the tip) is the hike up the hill just before entering Reine village.    It’s a hard, steep and at times slippery way to the ridge from sea level to 487 m, but the view you get is not possible to catch in a picture (for me at last 😉  ).

It is of utmost importance to take your time when you visit these islands and not simply rush trough over the main artery, the E10.  Take side trips !

Some of them are along dead end roads, but are definitely worth the effort.  That way I visited Nusfjord, the beautiful beaches of Utakleiv, the Venice of the North (another one….) Henningsvaer and made round trips along the fjords south of Leknes, at Austvago, etc…

There are going to be a lot of pics in this one, I’m sorry… 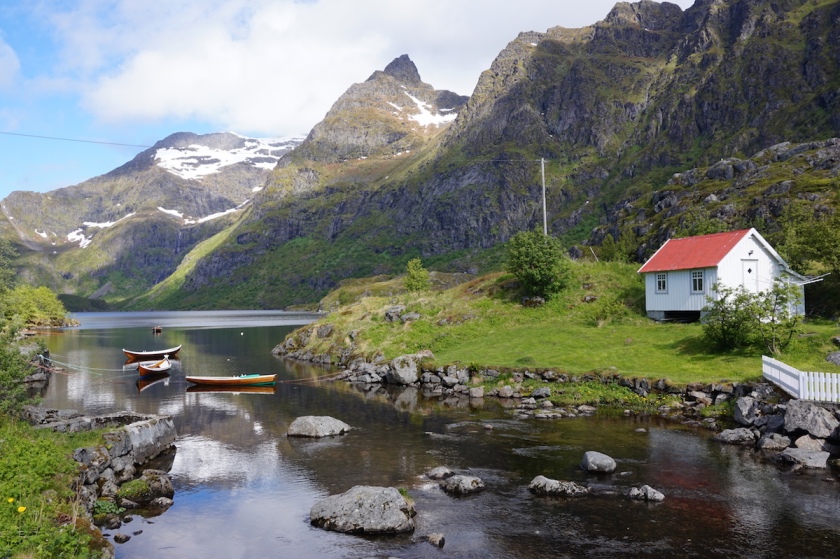 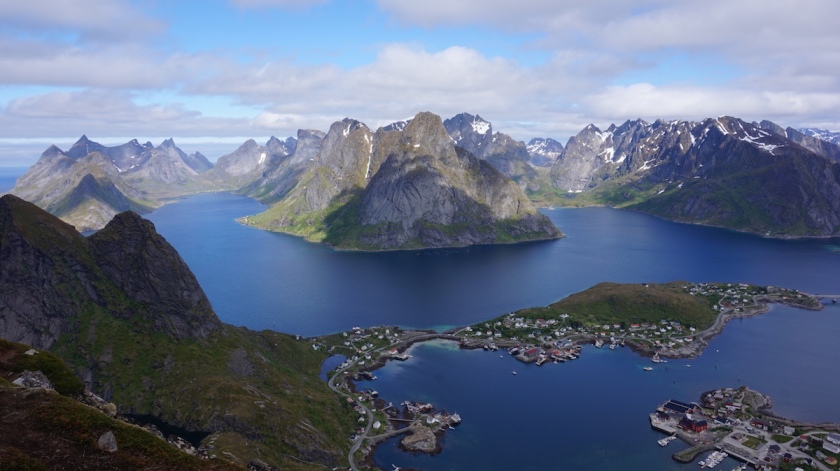 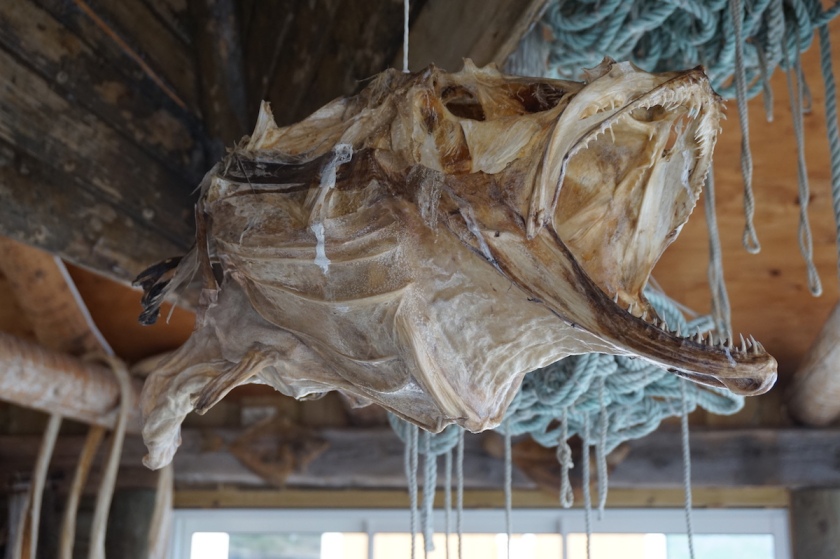 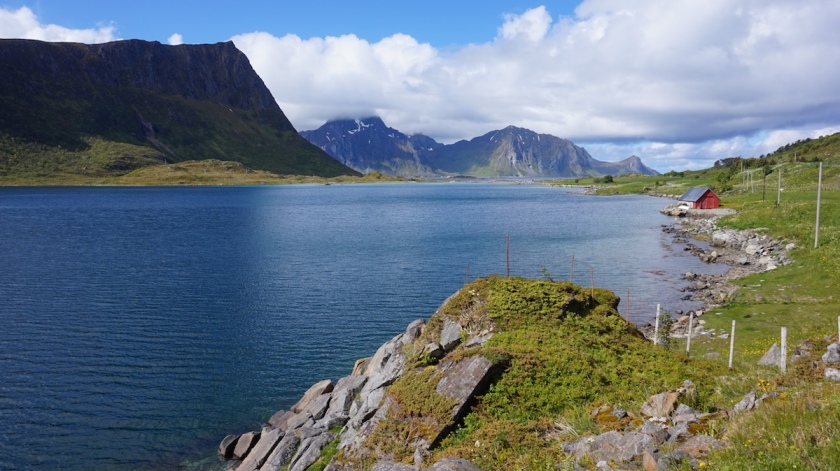 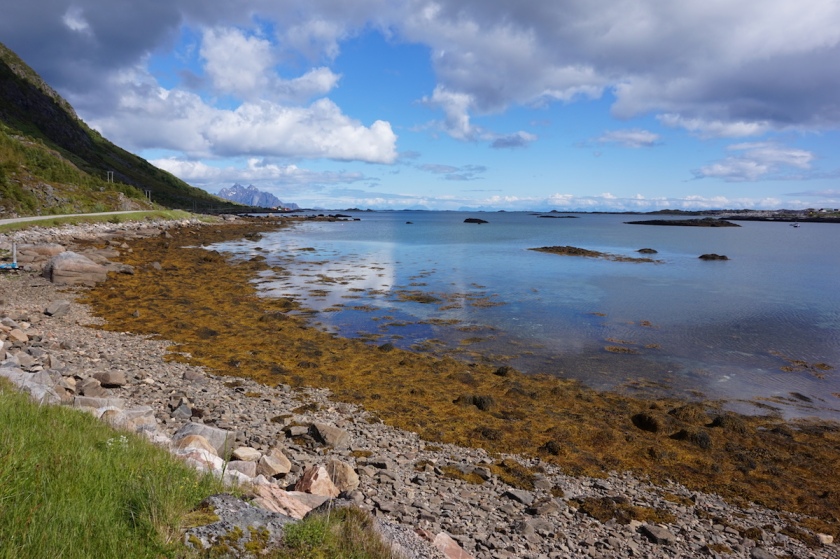 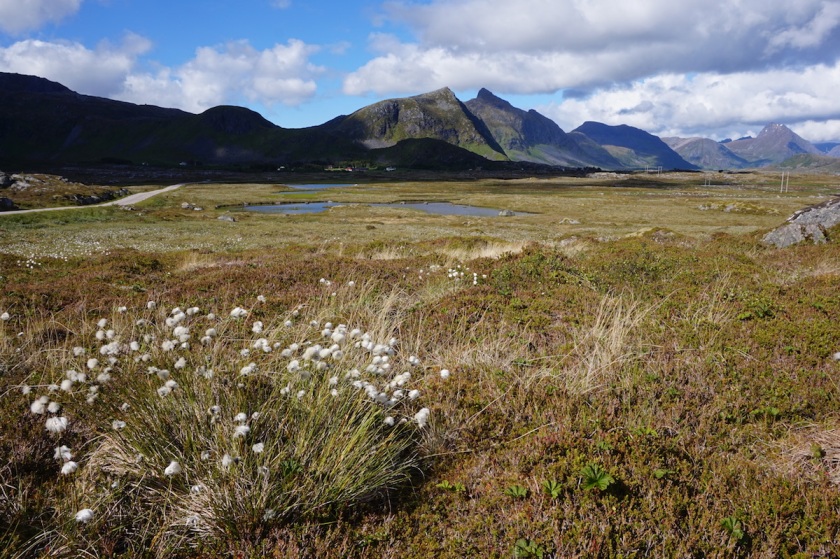 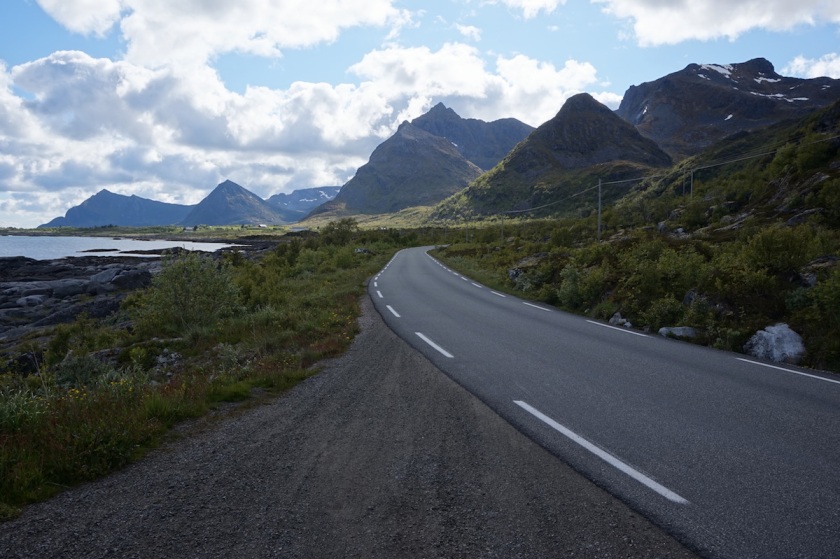 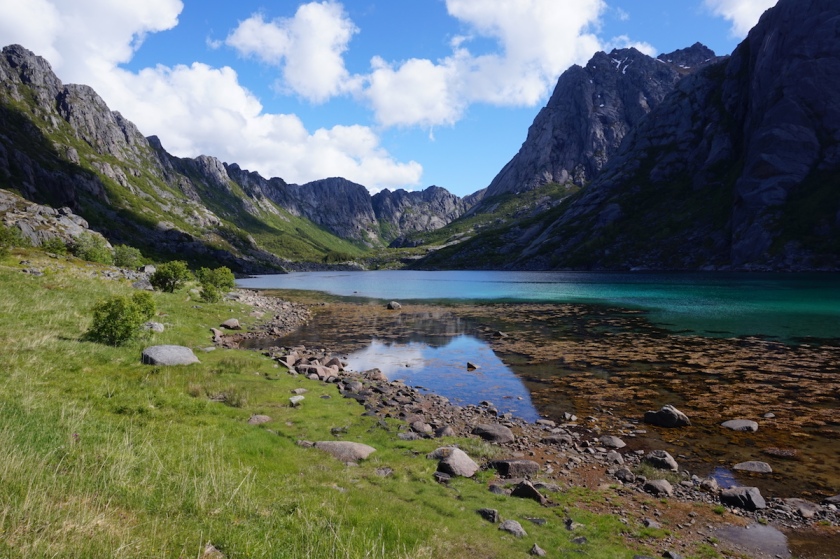 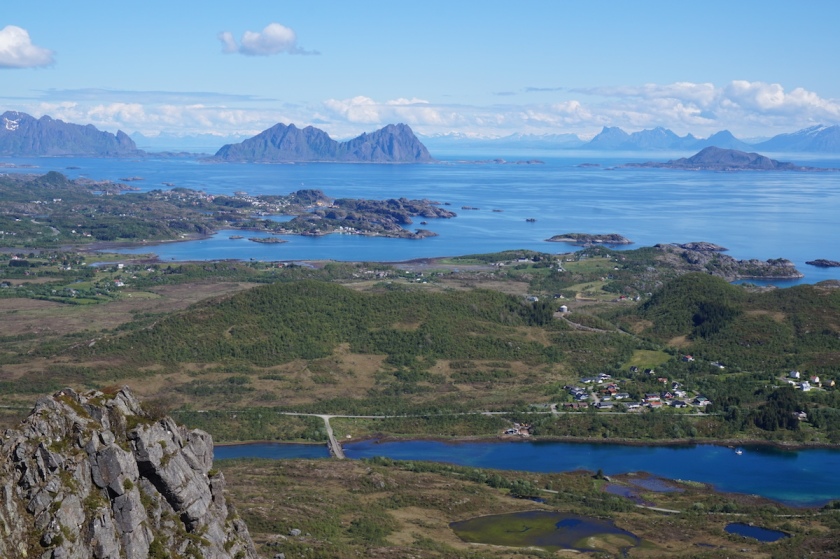 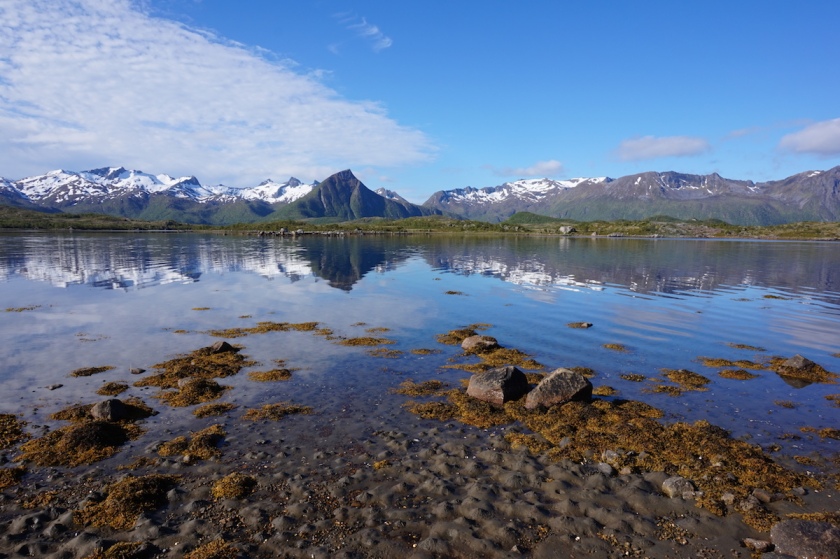 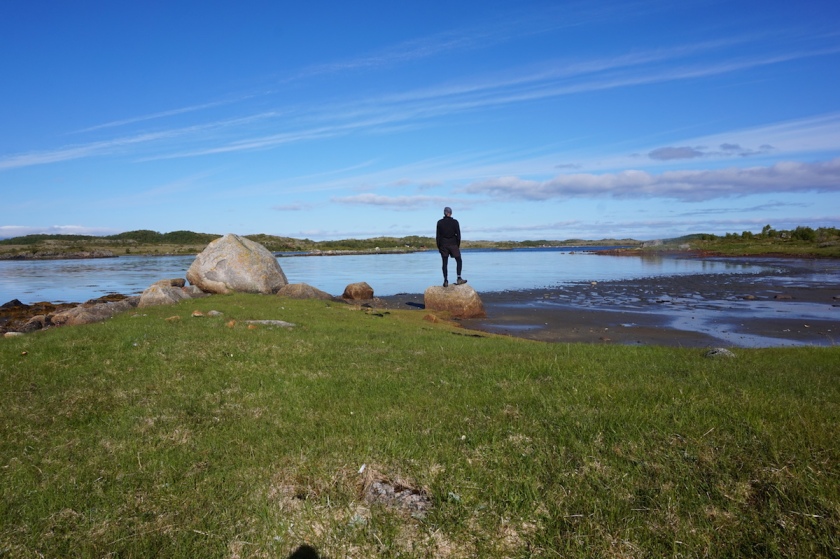 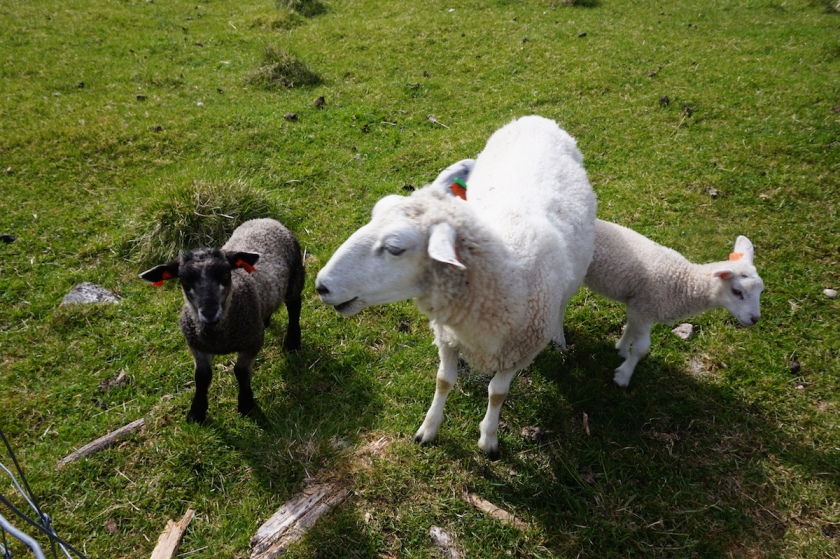 Just before Fiskebol, I left the main road to have a better look at the beach.

That’s where I think I lost my Gorilla (tri) pod.

For a few days I felt miserable about that and wanted to punish myself by standing in the corner for an hour or so, but that’s when I realized that since I’m living outside 24/7, there are no corners anymore in my life.

I could do it when I take a ferry from one island to the other, but I guess the other passengers might find it odd, when I stand in the corner the whole passage.

Besides, I have too many things to do on board of the ferry.  Filling up my water bottles, washing myself a bit in the rest room, maybe do some laundry there as well, taking pictures, pay for the passage, eating lunch, or second lunch, …. 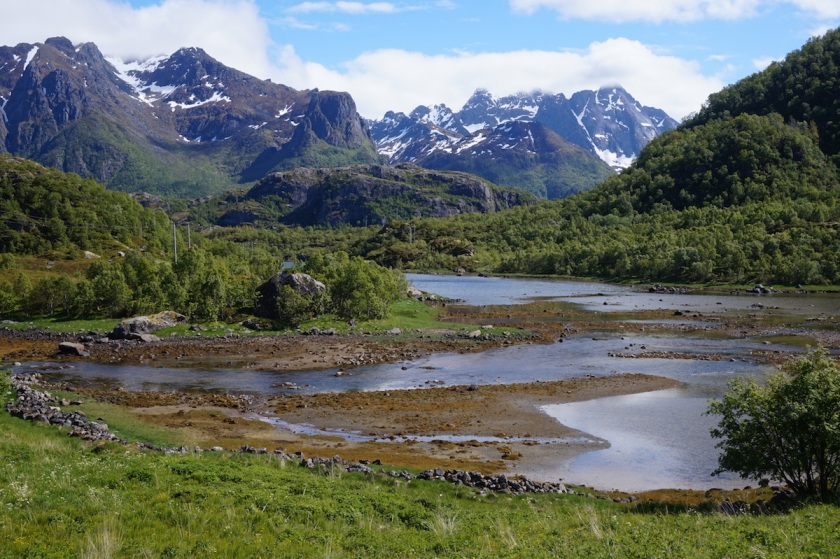 The Vesteralen are a group of islands north of Lofoten.

There too, I mostly took the ‘long way’ around the islands, avoiding the bigger roads.  I had bad whether with lots of rain and one night a storm which became so violent I simply had to break down the tent and sleep in the sanitary facilities.  I’m used to heavy winds in the tent, even holding poles and supporting it from the inside, but this one became way to violent.

I’m not moaning about the wind too much, but still, it is mostly against.  That much that frequently my speed goes into single digits on the flats. 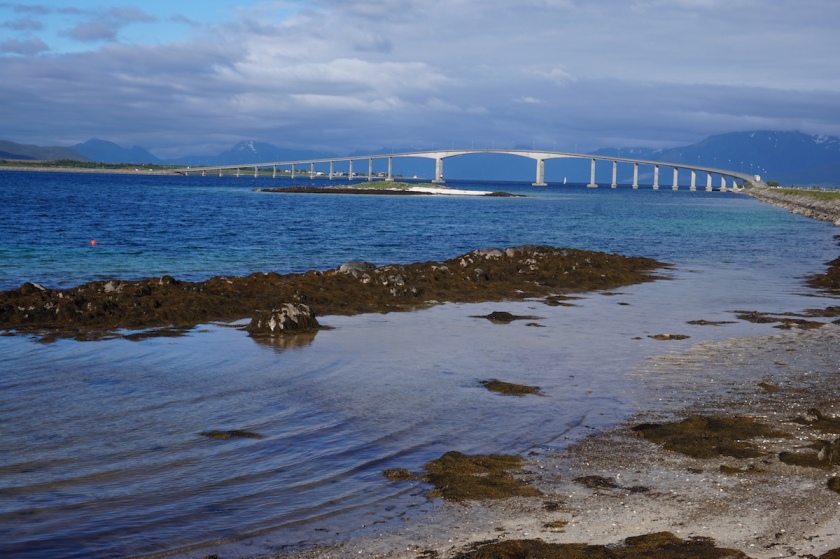 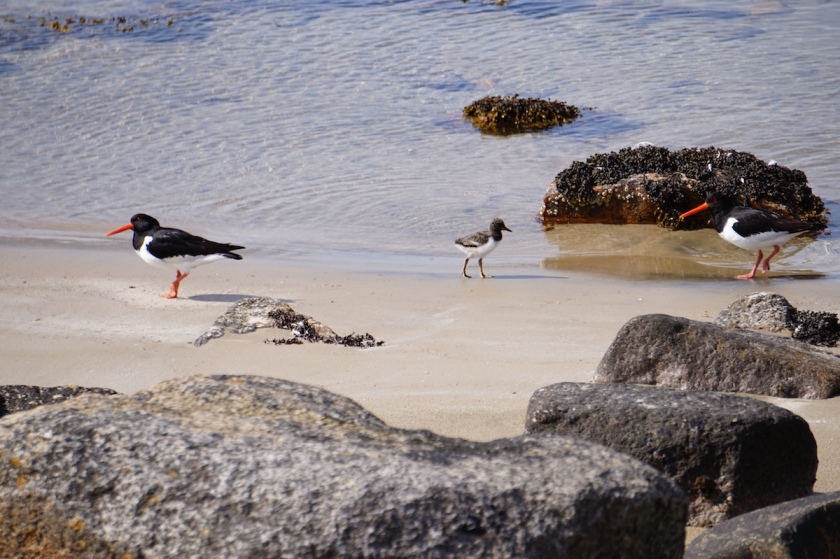 Leaving the supermarket in Andenes, I met Dutch cyclist Jos with who I cycled for a day towards the island Senja.

Senja should be one of the most beautiful Norwegian islands, north-east of the Vesteralen.

It’s quiet a long ferry ride and it was still raining when we arrived there.

Late in the afternoon and a big part of the next day, I was very lucky and the sun came out, so I could so how beautiful the region is.

Before arriving in the biggest city of the north, Tromso, I had one more island to cross, Kvaloya Island, where it rained so much that I don’t have to bother anybody with pictures from it. 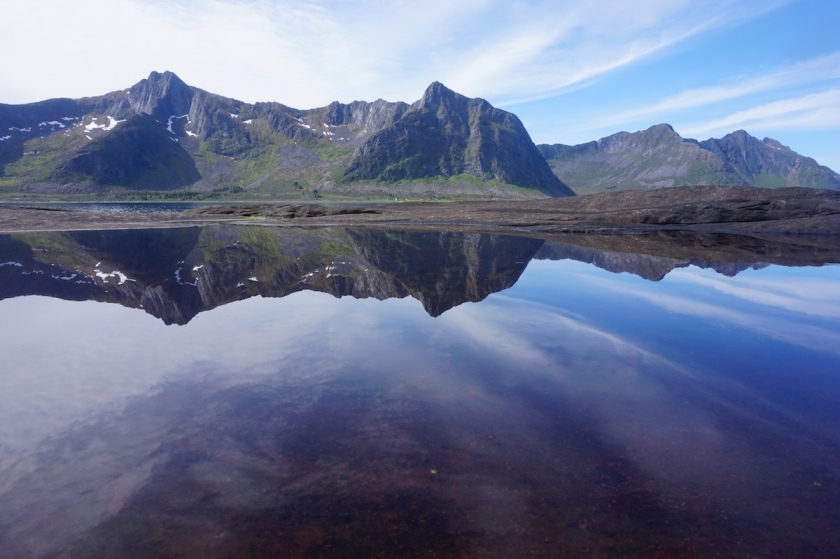 5 thoughts on “Norway Part 2, The Islands”